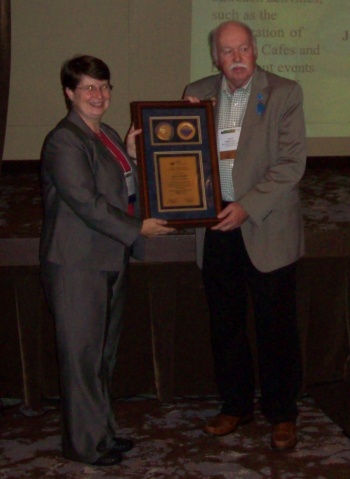 This award recognizes an ACS member who has contributed significantly to ACS activities in their region. For more information see this ACS web page.

To recognize the volunteer efforts of individuals who have served the American Chemical Society, contributing significantly to the goals and objectives of the Society through their regional activities.

This award was instituted in 2006 by ACS Past President E. Ann Nalley as part of her presidential initiative to recognize ACS volunteerism. It is Dr. Nalley’s wish that the award continue in perpetuity at each regional meeting.

Eligibility: A nominee must be a member of the American Chemical Society residing in a local section within the region, and will have made significant contributions to their region of the American Chemical Society. The volunteerism to be recognized may include a variety of activities, including but not limited to the initiation or sponsorship of a singular endeavor or exemplary leadership in the region. Past and present members of the ACS Board of Directors and staff are ineligible for this award. The awards committee of the region, or its equivalent, will select the recipient.

Jack Driscoll has been heavily involved in organizing and promoting STEM outreach activities on Cape Cod, such as science cafes. He was also appointed to the National Committee on Environmental Improvement, and has contributed to the programs to the Division of Small Chemical Business at both national and regional meetings. 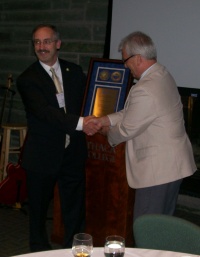